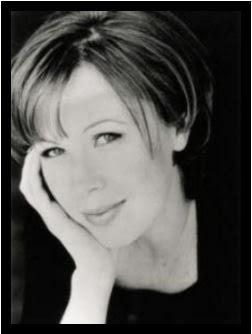 LYNSEY started dance classes at the age of three at the Jason Theatre School in Broxbourne.   At sixteen she went on to train professionally for three years at Laine Theatre Arts where she gained her teaching qualifications, Modern  and Tap Associates  (ISTD) with Distinction and a Musical Theatre Diploma with Honours.   In her final year there she was the winner of the Singing, Drama and ‘Student of the Year’ Awards.

She has had an extensive professional performing career in both the West End and on major UK tours with credits, including:  Adelaide in ‘Guys and Dolls’, (playing opposite the late Patrick Swayze), Rumpleteazer in ‘Cats’, the role of Belle in ‘Disney’s Beauty and the Beast’, and Clarice in ‘Napoleon’ all in the West End and the title role in ‘Calamity Jane’,  Carrie Pipperidge in ‘Carousel’,  Kathy Seldon in ‘Singing in the Rain’ and Lola in ‘Copacabana’ on No. 1 UK tours.   She has also appeared as ‘Cinderella’ opposite Brian Conley’s ‘Buttons’ for three consecutive years and as other leading roles in various pantomimes across the UK.   TV credits include The Royal Variety Show, Blue Peter, The Generation Game and This Morning and Lynsey was heard on BBC Radio 3 as Philia with Griff Rhys Jones in the 2000 Covent Garden Festival performance of ‘A Funny Thing Happened on the Way to the Forum’.  Lynsey also sings on the original London cast recording of ‘Disney’s Beauty and the Beast’ and has performed solo in cabaret in various prestigious London nightclubs.  Together with teaching, Lynsey continues to perform in corporate events, both as a singer and dancer and recent gigs have included playing Shirley MacLaine in ‘That’s Amore’ as well as singing solo in Charity events alongside Jonathan Pryce, Michael Ball, Imelda Staunton, Sheridan Smith, Tom Hiddleston, Damian Lewis and other high profile celebrities.

Lynsey teaches all styles and disciplines of dance and Musical Theatre and has often led Masterclass Workshops for pupils of all ages.  She actively choreographs corporate projects as well as local amateur dramatic productions.